Steven and I decided to have a little friendly competition regarding our dinner last night. We were competing for Paleo Chef World Champion of the Roberts Household! The result? Two kinds of shrimp in completely different marinades, a salad, and some paleo "bread". The best part? Even if I lost, I still won (For the record, it was a tie!)! 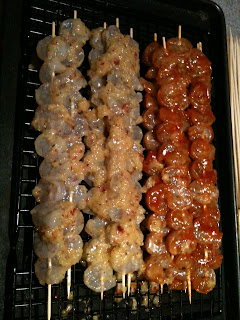 Posted by Caroline at 7:22 AM No comments:

Instead of passing out candy at the box for Halloween, I decided to pass out scones instead (I get my WOD on at the crack o' dawn - either 5am or 6am!). These scones are amazing and another creation from Elana's Pantry. This one came out of her "The Gluten-Free Almond Flour Cookbook" (which I highly recommend!). I didn't have all the ingredients so I had to modify but I'll give you her original recipe and the modified version that I made. 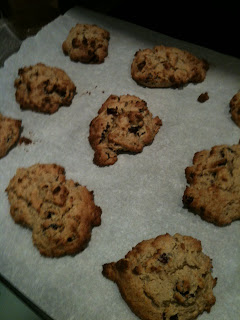 I did not have apricots or orange juice when I made these but I did have dried cranberries and an orange fruit spread. Usually I wouldn't buy or use a "fruit spread" but it was one of the many food items that I inherited when my bestest-Paleo-girlfriend moved halfway across the country (I got all the contents of her fridge! Score!). I had never seen this fruit spread before but upon investigation, it is Paleo! No sugar or crap ingredients were in it! Here's the proof! (Side note... I'm assuming Emily got this at Central Market but I haven't checked the store shelves yet to see if it is actually there.) 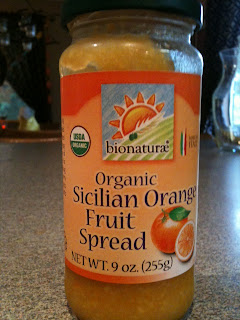 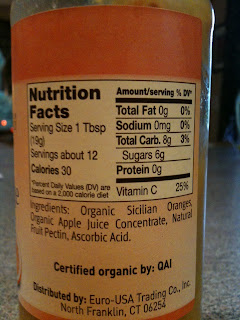 When I baked the first batch, they turned brown relative quickly so I pulled them out of the oven a little early. I should have let them cook longer. They were cooked throughout but they were a little soft in the middle. The second batch I left in the oven longer and even though they were brown, they were GOOD. I recommend cooking them slightly longer than you think they need. Also, they are excellent reheated in the toaster oven! They're so good, even my 6 year old ate them up! 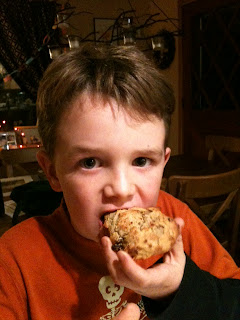